When I was 14 I had a lot of questions
for my Dad when he brought the book Heroines home from the library.
Inside, were photos of marginalized female drug addicts on the streets of Vancouver's Eastside.
No words in the book, just a few poems.
I still remember vividly a photo of a frail woman who was clearly homeless bundled in a blanket, sitting on the sidewalk, putting on lipstick in a tiny hand held mirror.
So much like you or I would do.
My Dad explained to me that drug addiction is a disease, not a crime.
And that they need help, not prison.

Tonight I listened to a really interesting show called "The F Word" on 101.5 UMFM radio about Canada legalizing prostitution and criminalizing the purchase of it, the way it is in Sweden. A very interesting point was brought up- if studies show prostitution as a side affect of poverty then why are we are focusing on creating more laws instead of focusing on solving poverty problems?

It hurts to look.
Which is why you should. 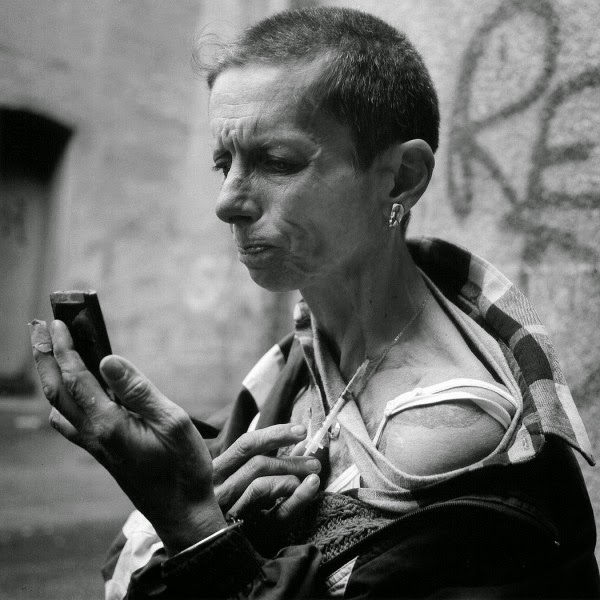 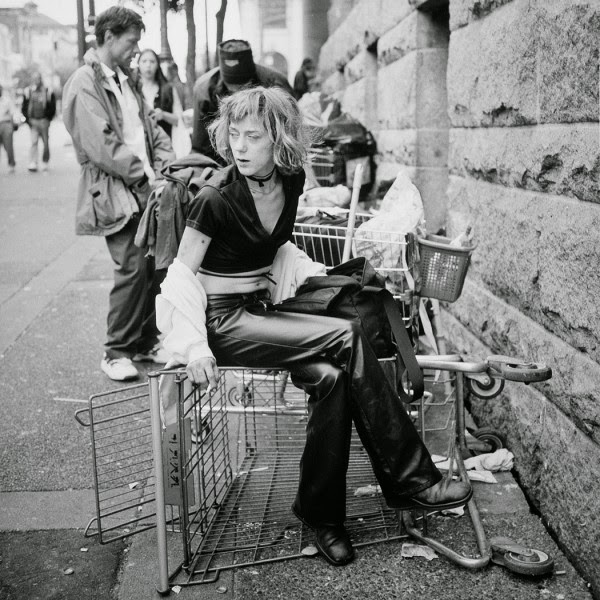