Writing you today from my best friend's living room in MONTREAL!!! Woooooo!!!! He is playing the violin. I am sitting on his white couch recovering from last night's debauchery. It involved a hipster garage bar in Mile End and I met an insanely cute girl in short shorts selling tacos. Sigh. So cute. I may never recover.
And yes, she really was selling tacos. Too many jokes. Too many. Go ahead, you know you want to.

So! I randomly ended up at Montreal Fashion Week yesterday! I started the day off by going to the Gay Village (which I have decided to only refer to as the "gaybourhood" from now on haha) and saw all the pink balloons hanging in the air. I saw some cool place I had read about on Autostraddle. http://www.autostraddle.com/
Sadly their lesbian Montreal guide is a bit out of date and a lot of the places they suggest are closed. I wish someone would make a new one. Maybe I should do that actually. Hohum

Side note: I am blown away by how incredibly nice people are here in Montreal. So. Nice. Just wow.

Anyways, I heard this really great electronic music and started following it up Saint Catherine's Street and ended up in an area covered in tents. I met some really nice people from Pink Tartan and also made a new stylist friend named Alexandra Melancon. In her booth she had this quiz to find out your fashion style. Mine apparently is "Rock" and also "Androgyny". .....Made me laugh because after my friend saw my new haircut she was like, "This half of your hair is so glamorous! And the other side is like, I WILL KICK YOUR ASS!"
Haha!
Here is the link to my Montreal Lesbian Haircut/ Shaved My Head adventure if you missed that:
http://brandymars.blogspot.ca/2014/08/shaved-my-head-lesbian-haircuts-for.html
Oh so yes, I was saying I followed the electronic music and ended up at this kick-ass runway show. Lots of fur. Got some good pics. I will attach them. 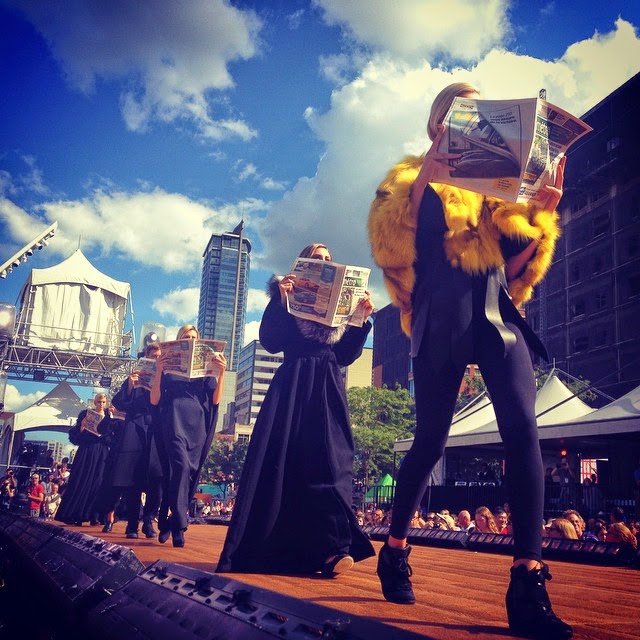 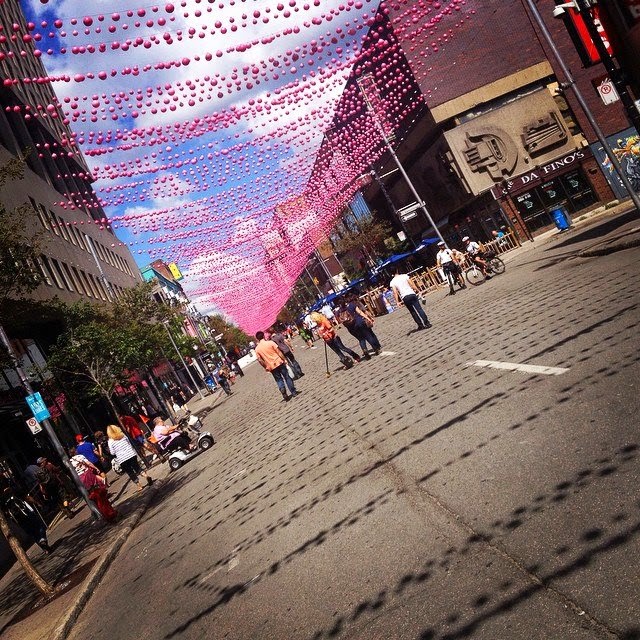 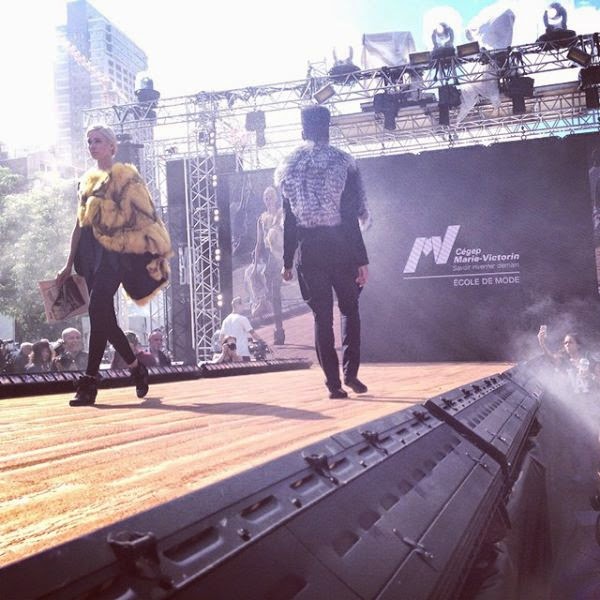 Labels: About being a fashion designer, Being a femme lesbian, Foooooood, Montreal