Yes! I said the word dyke! I get to and you don't! Because I am one!

In fact I have been frolicking around my neighbourhood yelling it the way I yelled the "F" word and frolicked around when I was 4(the only spanking I clearly remember).
So, yes! I am a vegan. It started when I quit by job, threw my stuff in a u-haul(insert lesbian u-haul joke here) and moved about 4 months ago. Something magical happened after I arrived in this great beautiful land of freedom called *drum roll*  not giving a damn anymore!
And the following things happened:
1. I became vegan(ish)
2. I stopped dating guys and starting dating incredibly hot women
3. I became insanely happy
So why are lesbians vegan?
Well. I will tell you.
Personally, I never liked cooking meat. And the only meat I would buy did not resemble an animal in any way. Basically chicken breasts. For a long time I ate eat meat for one main reason: It doesn't have carbs in it. And no one will love you if you aren't skinny. Right?...Right? No, actually that is bullshit. BUT something else magical happened after I moved. I realized I want to date people who are awesome and actually like ME. Not just what I look like. And no, I am not going to gain 50 pounds and shave my head. Actually I might shave my head lol but ya I guess this thing happened called *maturity* ooooOOOOooooo which for me involved another thing called *owning it*. Aka rocking what you have. I'm pretty down with what I have. Getting older is awesome. I wish I had figured this out about 10 years ago.
The other reason I stopped eating meat is because it's unethical. I watched one too many Netflix documentaries. Or perhaps exactly enough! I was convinced.
I also decided after moving to live a more positive and peaceful life and eating animals that were treated badly doesn't fit into this plan.
Also you will live longer. There are many books on this. Raw vegans have very few illnesses.
And I have boatloads of energy and feel awesome:) So you know, do what works for you!:)
And my skin looks awesome now. I used to get hives and now I don't.
So I can't tell you why all dykes are vegan. But that is why I am. And I am pretty sure I'm not alone here. 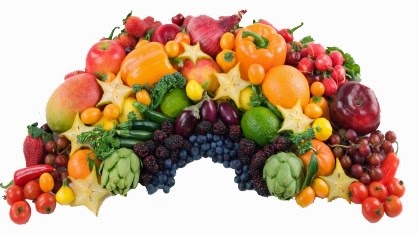