This interview is so gay

Him: Why do you think it's become so popular?
Me: Well.....I think there aren't that many lesbians in the fashion industry. Or ones who are open about it. There is Jenna Lyon the CEO of JCrew (LOVEYOUJENNA!!!!) Also, there aren't many femme-lesbian blogs where women really talk about what it's like to be gay and to work in fashion. And my blog is all true, brutally honest, and sincere. I think people feel that. I think because it applies to a lot of people-the things I'm going through and coming out of the closet
Him: Do you think it's mostly lesbians reading it?
Me: I think so.....I'm not sure though. Most of the emails I am getting from women are from fem's in Los Angeles.
Him: Can I ask you something that might be offensive?
Me: Ya, sure. It's all good
Him: Ok...so....
*Pause*
Him: So like...in a lesbian relationship does one of you take on the "masculine" traits and the other becomes more feminine? I mean, does one of you become the "man"?
Me: No no. One of the women doesn't have to take on "masculine" traits. Lot's of fems are only attracted to fems.
Him: I see
Me: And don't worry, the other day a curious "straight woman" started asked me a lot of questions about lesbian sex. I don't mind. Then I started asking HER questions about her experiences with women. Then she immediately stopped asking me things! haha
We both laugh 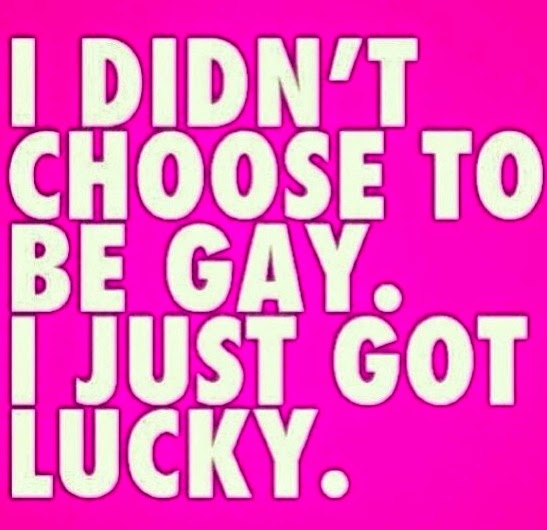